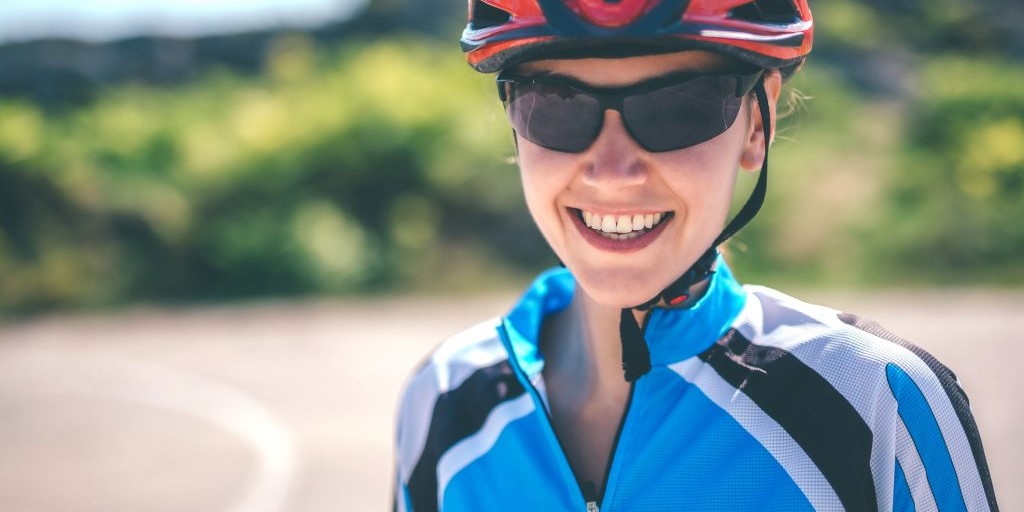 If you’re buying a bike helmet, you clearly value your safety. However, not all helmets are made equal. If you really want to know what you’re buying and how it protects you, look out for these cycle helmet safety standards.

The legal status of bike helmets

It’s not actually compulsory to wear a helmet while riding a bike in the UK. However, some race organisers or biking facilities may require you to use a helmet.

The standards highlighted in this article specify requirements and test methods for helmets worn by cyclists, which cover:

Within this, helmets of each size are subject to impacts at various speeds against various surfaces to gauge the level of protection they afford. Similarly, the effectiveness of fastening devices is assessed with a roll-off test, which sharply tugs the helmet forward to ensure it’ll stay on your head in the event of a crash.

All of these tests are then conducted in different conditions – hot, cold, wet and after artificial ageing of the helmet.

BS EN 1078 is the most common standard helmets in the UK comply with and is typically advertised somewhere on the packaging, identifiable by one or both of the following symbols:

A related standard, BS EN 1080, was created in 2013 for helmets worn by young children. It’s a modified version of BS EN 1078 that integrates testing for a quick-release system, due to the risk of strangulation caused by fastening mechanisms.

The Snell Memorial Foundation is a non-profit organisation set up in 1957 to create helmet standards for a variety of purposes. The foundation is named in honour of sports car racer Pete Snell, who died of head injuries after his helmet failed to protect him during a crash.

Although Snell standards are American, conscientious cyclists worldwide look out for helmets that meet Snell’s B-90A or B-95 standards, as they require more stringent testing than those conducted by European standards. B-90A and B-95 tests subject helmets to harder hits from greater heights on a wider variety of surfaces.

As with the European standards, there’s also an addendum to B-90A and B-95 for children under four years old: B-95C.

The sticker indicating Snell compliance is usually found on the inside of the helmet, but will likely be included in the specification and features at the point of sale.

As with Snell’s standards, ASTM is an American standards organisation. Its F1952-15 standard is the most sought-after accreditation for helmets used in downhill mountain biking.

The F1952-15 standard requires helmets to withstand impacts of greater force than the European and Snell standards. This is due to the increased risk of crashes from jumps, at speed, or due to difficult terrain.

Surprisingly, the F1952-15 doesn’t require a full-face helmet, but if the manufacturer has designed one, the chin bar portion must also withstand an impact test.

A recent development in the world of cycle helmet safety standards is NEN’s NTA 8776 – the first standard devised for e-bike helmets.

The standard uses EN 1078 as a basis and refines its requirements based on the higher average speeds of e-bikes. It also retains EN 1078’s ventilation requirements given that there’s still a component of physical exertion.

A list of helmets compliant with this standard is available here and the full mark of the standard will be displayed on the helmet’s packaging, on the inside of the helmet and in the manual.

When you hit your head after falling off your bike, more often than not it’s at an angle, not straight-on. There’s substantial evidence that concussions from bike crashes are most often due to the rotational force caused by these types of impacts, rather than the head-on impact itself.

Two pieces of helmet safety technology have been invented to address this issue. The first is MIPS, which stands for Multi-directional Impact Protection System. The second is SPIN, designed by snow-sports and cycle apparel company POC, and stands for Shearing Pads Inside.

Both MIPS and SPIN address the effects of rotational force by allowing your head to move slightly in all directions inside the helmet, thereby redirecting this force and protecting your brain from injury. MIPS does this with an internal plastic membrane and SPIN does this with silicone pads.

It’s important to note that MIPS and SPIN aren’t alternatives to any standards found above. They’re simply safety augmentations found in complete helmets on the market. For peace of mind, ensure any helmet featuring the technology also passes one or more of the traditional standards.