Women’s cycling is in a brilliant place in 2020. Olympians and World Championship competitors like Laura Kenny and our ambassador Lizzie Deignan have taken British cycling to new levels in recent years. They’ve won medals, hearts and (perhaps most importantly) funding along the way.

But this hasn’t always been the case. In fact, you only need to go back around 60 years or so to a time when it was a challenge for women to even participate in cycling as a sport, let alone be able to dedicate their lives to it or compete on the world stage

Much of the progress that’s been made since then has been down to the commitment of a few early pioneers. Women who, over the past century, have challenged social norms to help ensure future generations of women can cycle without discrimination.

Of course, there is still some way to go until we reach complete parity. But we’d like to celebrate those early icons who paved the way for a revolution in cycling and put female cyclists on the map.

Here’s our (by no means exhaustive) list of 7 iconic British female cyclists. 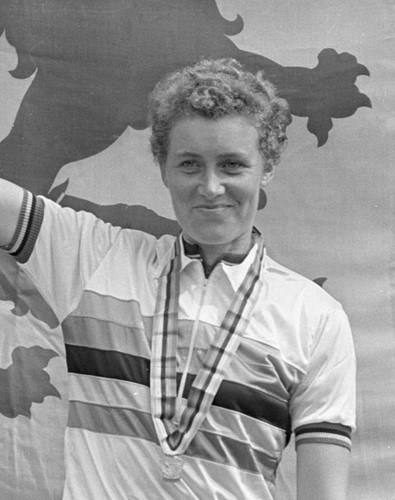 Beryl Burton OBE was one of the most successful female sportswomen of all time and a legend of cycling. She won over 90 domestic championships and seven world titles during her illustrious career, which lasted more than 20 years. She also held a world record for the 12-hour time trial, cycling 277.25 miles, and this record wasn’t beaten until 2017.

Burton was backed throughout her career by husband Charlie, who drove a support vehicle alongside her in many of her races. Their daughter Denise later took up cycling and, together with Beryl, broke a British 10-mile tandem record in 1982.

The Leeds-born cyclist is also one of Lizzie Deignan’s heroes. She told us:

“My female cycling pioneer has to be Beryl Burton. A fellow Yorkshire woman – we were both born in Leeds and lived in the same area – she was clearly a phenomenal athlete.

“When I first started cycling, my Grandma told me about her. They used to work together and I remember her stories of being in awe of how much Beryl cycled, even when pregnant. She was a multiple domestic and world champion, winning the road race title over 40 years before me. She was a dominant force for sure!”

Another hero of women’s road racing, Eileen Sheridan is a multi-record-breaker. She joined Coventry Cycling Club as a leisure cyclist when she was a teenager (she is still club President at the time of writing) and was soon encouraged to pursue the sport as a career by her husband.

Sheridan quickly found her feet and her early prowess caught the eye of Hercules bicycles. The company provided sponsorship which allowed her to have a career in the sport. In the process, she became one of the first female cyclists to do so. Sheridan went on to break all 21 of the Women’s Road Record Association (WRRA) records – five of which are unsurpassed to this day.

Edith Atkins was a prolific amateur long-distance cyclist who held many records during her career. This includes breaking the fastest “End-to-End” from Land’s End to John O’Groats in 1953, after managing the stretch in 2 days, 18 hours and 4 minutes.

Atkins joined a cycling club, initially as a part-time hobby, before soon discovering her passion for – and talent in – the sport. She triumphed against numerous male counterparts in the club’s touring rides and so entered the professional world of cycling in the early 1950s.

Just like Eileen Sheridan, Atkins was offered sponsorship from Hercules, meaning she could pursue a cycling career full-time. Given the overwhelming social expectations of women back then, this was no mean feat.

Marguerite Wilson was the first full-time professional female cyclist and an incredible sporting talent. She began racing aged just 17, turning professional two years later in 1939. The same year, she broke the End to End world record, completing the journey in just under 3 days.

By 1941, Wilson had broken all WRRA records. Of course, by then World War II had broken out. This meant she was pulled away from cycling to support the British war effort. 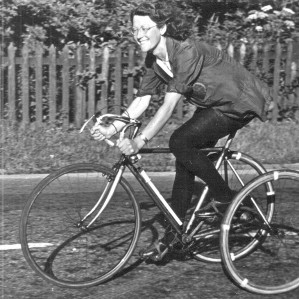 Billie Fleming (also known by her first married name, Billie Dovey), was an endurance cyclist and a keen participant in the sport from her teens. However, it wasn’t until her divorce and later remarriage to husband George Fleming that her career really took off. Fleming himself was also a talented cyclist who broke numerous world records in the men’s sport.

Billie is most famous for setting the woman’s record for greatest distance cycled in a year in 1938. Amazingly, the record wasn’t broken until 2015. The challenge had been set in a competition run by Cycling magazine and at the time it was only open to men.

However, to beat the record and prove women’s ability in the sport, Fleming rode every day for 12 months, clocking up an incredible 29,603.7 miles. She used the media attention she garnered to promote the health benefits of cycling – which are still of major relevance today. 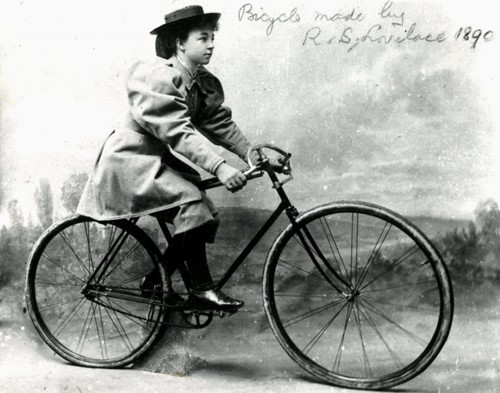 Tessie Reynolds was a true icon in the fight for women’s cycling equality. Born in the Isle of Wight and raised in Brighton, Reynolds came from a family with strong connections to the sport. Her father was a member of the National Cycle Union and she was exposed to cycling from a young age. This, of course, was very unusual for the time.

Women in the 19th century were advised against cycling. It was seen as an unhealthy activity for the supposedly “fragile” female body – and it went against well-established social conventions.

However, in 1893, aged just 16, Reynolds set a record for cycling from Brighton to London and back in just 8 hours 30 minutes. Contrary to the norms of the day, she completed the cycle in “rational” dress – pantaloons and a shirt, rather than a traditional voluminous skirt.

She is credited with raising both the profile of women’s cycling and helping to reform expectations around cycling attire for future generations. 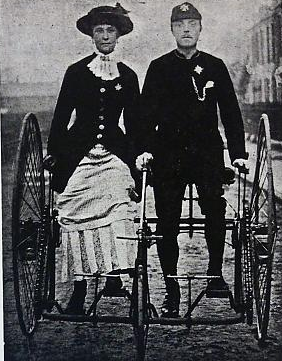 Our final pioneer, Jeanie Welford, was the first woman to join a British cycling club – the Bicycle Touring Club, or BTC – aged 25.

She had previously attempted to join the club under her maiden name but was refused. However, when she married a founding member and secretary of the club, Richard Welford, he was able to act as her reference and provide her with a membership soon afterwards.

Along with her husband, Welford was a talented photographer and her work featured in a number of major national exhibitions. A famous image of the two riding a tricycle was later used as part of a set of collectible cigarette cards commemorating cycling history.