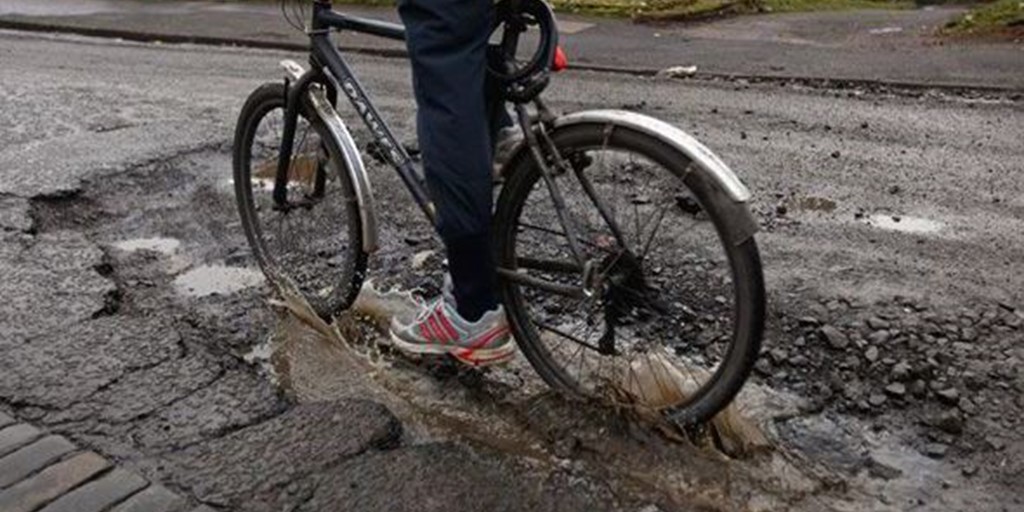 Cycleplan caught up with its enthusiastic, fresh-faced cyclist James Howard to discuss his first four months of commuting to and from work by bike. James explains many of the benefits of commuting by bike and explains the intimidation factor of riding on the road for the very first time.

Was it intimidating when you first rode a bike on the road?

Terrifying, absolutely terrifying! I had this vision in my head that every car was out to kill me. At first, I was so slow because I was just building up my confidence of riding on the road. It is intimidating. You need to be very aware - it’s not just about being aware of cars as a cyclist, there are certain things on the road you can’t ride over.

An average-sized pothole, for example, will send you flying! So you need to plan a route around it quickly whilst also avoiding swerving into cars in the middle of the road.

I find myself constantly thinking: are these pedestrians going to walk into the already thin bit of road that I’ve got? Because there are cars to the right of me and pavement to the left! 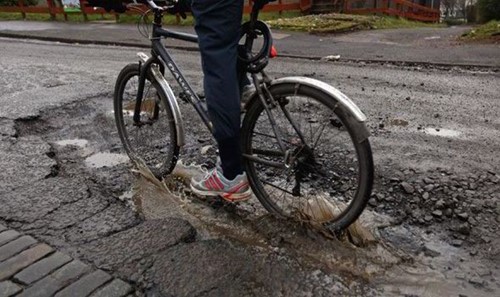 How long is your commute route, and do you have to get up earlier to account for your commute?

Later! Believe it or not, I actually get an extra hour in bed than when I used to get the bus! I previously left the house at 7:10am, walked 20 minutes to a bus stop, waited for the bus to arrive. I’d then have to sit on the bus through rush hour traffic, which could take anything from 45 minutes to an hour.

But my commute to and from Davenport [Stockport] takes much less time. The quickest I’ve done the 8.5km is about 20 minutes. It’s a nice distance to be honest – not too far, not too short.

Do you plan your routes to make sure you travel on roads with specific cycle lanes?

I’d love to! But, the roads I commute on have barely any cycle lanes. It’s very minimal, even then it’s a partial section of the road, just a random 100-200 metres will be an unexpected cycle lane. Whereas on the part of the road where you’d expect a cycle lane, there isn’t.

In total, on my 8.5km commute, I get around 1.1km of cycle lane protection. And even when I am lucky enough to be in a cycle lane, I have to manoeuvre around the parked cars, leaving me swerving in and out of them!

Have you had any near misses since you started commuting by bike?

I’ve been riding to and from work now for four months, and I’ve probably had five or six close shaves, three of which I’d say were really close to me coming off. My partner has actually told me to stop telling her about the near misses now because it worries her.

I felt like a bit of a fool the first time I set off with my hi-viz coat and helmet on, and my lights flashing, but you soon realise that people just don’t see you coming. People are too busy on their phones or looking around the car talking to people. That’s the most intimidating thing: you can’t see the cars coming up behind you, so you don’t know if they can see you.

Have you considered mirrors or a camera for extra protection?

I’ve actually just bought myself a camera to clip on my helmet, due to one of the near misses I encountered the other day. A car swerved from the middle lane, into the left lane where I was riding, and I not only had to slam on my brakes, but also put my feet down to try and create extra friction in order to stop quickly.

I’m a bit worried now that if I’m knocked unconscious or seriously injured, I won’t be able to voice my side of the story. I want to have some kind of evidence, because let’s face it, you’ll be lucky if you get a witness of the incident that’s willing to hang around to give a statement. It also gives my partner a bit more peace of mind. 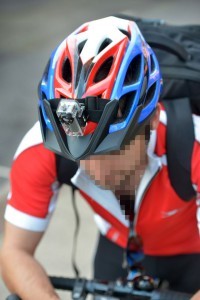 Have you noticed an improvement in your fitness levels since you started commuting?

Without a doubt – I’ve even quit the gym! I’ve found that even when I’m not commuting to work, I’d much rather go out for a half an hour ride.

To be honest, I feel like I get more from that than going to the gym. Plus, it saves me loads of time. Previously, I’d have to make my way to the gym, get changed, workout, get showered, get changed and then make my way back. So commuting is not only boosting my fitness levels but giving me more time to do other things.

Do you have specialist cycle insurance?

I have insurance with Cycleplan. I do have a home contents policy, but what that cover would mean in terms of where I’m allowed to lock my bike is another matter. At home, I lock my bike to an immovable pole in my garage, as Cycleplan insist that a bike must be securely locked in your home, shed or garage etc.

I’m also not convinced that my home insurer would cover the costs if my bike was damaged. Plus, if I was to make a claim on my home contents policy, next year’s premium would rise. The excess on my home contents is £200, and that’s a third of what my bike costs!

Do you think that cyclists should have some sort of registration to prove who they are?

Of course, yes. If you’re cycling properly, then you’ve got nothing to hide then why not?

Do you think it’s wrong that someone like yourself can simply buy a bike and go straight onto the road without any previous experience or having to pass an examination?

I think it would definitely be helpful if I had been on a cycling proficiency course. I think I did one when I was nine or ten at the end of primary school. It would definitely do a lot of cyclists good to go on one. Especially those like myself that don’t drive, so it’s all very daunting and new. At least it could give cyclists more knowledge, such as knowing road signs, which I’ve never had to look at before.

How did you go about buying your first bike?

I chose to buy my bike from Evans Cycles, simply because of the massive selection of equipment available there. I picked everything I wanted and told the Financial Controller at work the total value. I then got a cycle to work scheme certificate emailed to me with a unique code on. I entered my unique code in the online basket and everything was there ready for collection the next day.

At first, you think you have everything you need. But once you start cycling, you realise there’s so much more you wish you’d have thought of at the time! It was like a revelation when I bought my first pair of padded shorts, I haven’t looked back since! 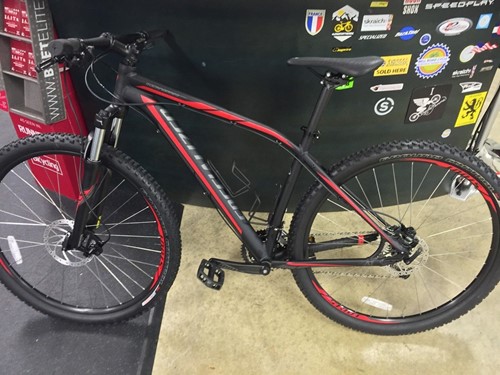 What type of bike did you buy?

I bought a Specialized Rockhopper Sport with 29-inch wheels. I bought a mountain bike because I thought I’d be doing a lot more cycling with my children. At first, I thought it was brilliant as it had front suspension and I could use it off-road, as well as on-road for commuting to work.