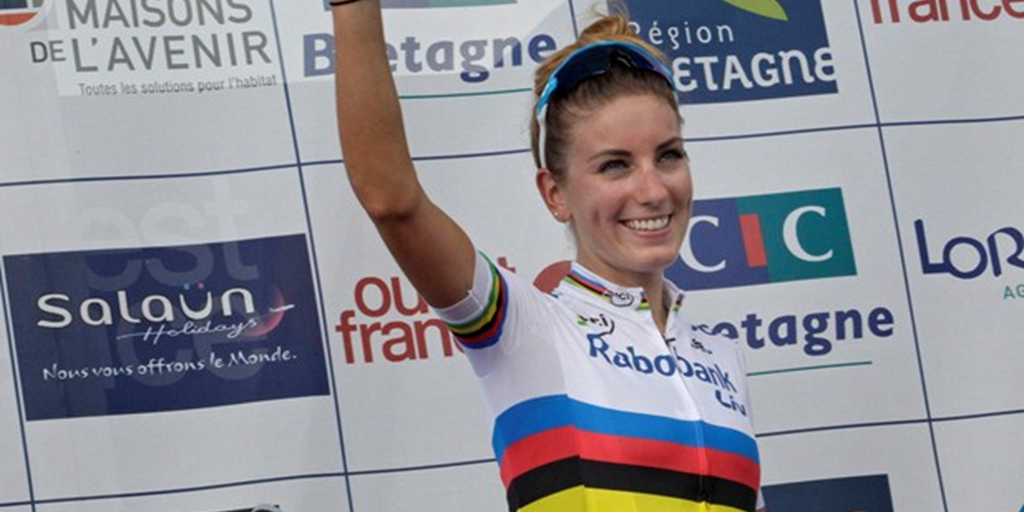 The very first championship was held in 1921 in Copenhagen, Denmark. However, the only event that was contested that year was the Men’s Road Race for amateurs. The first world championships for men’s professionals instead took place in July 1927, hosted by Nürburgring, Germany.

What of the other disciplines? The Woman’s Road World Championships was not introduced until decades later in 1958 when Reims, France was the host city. A massive breakthrough for women’s cycling, if long overdue. However, until 1900, the distance of the women’s race varied between the low distances of 46 and 72 km. After that, the distance of the women’s race started to increase from 79km in 1991, to 100km in 1996. The belief in and strength of female cyclists was gradually growing.

The UCI Road World Championships are legendary and so is the prize -  the famous rainbow jersey.

Since 1927, the winner of the road race has earned the right to wear the iconic rainbow jersey for the next year in all stage or road events. However, the jersey can only be worn in the discipline, specialty, and category in which the wearer won it.

Not only were the vibrant colours originally designed to echo the five Olympic rings, the jersey is also designed to make the world champion easier for spectators to spot.  Just to add to the prestige of winning the title, former champions are allowed to sport rainbow piping on the collar and cuffs of their cycling clothing for the rest of their career. An accolade every elite cyclist dreams of winning.

Although, winning the rainbow jersey may not be all it’s cracked up to be. The jersey also makes a world champion easier to spot by competitors as well as the spectators. Being easily visible to other riders not only makes it harder for the world champion to go on the attack, but it makes them a target - meaning other riders may take advantage if they spot the rainbow jersey - wearer having a problem during a race.

These are all factors which likely contribute to the so-called ‘Curse of the Rainbow Jersey’, whereby cyclists who become World Champion often suffer poor luck or form the following year. Despite the curse, the penalty for refusing to wear it is between 2500 and 5000 Swiss Francs (£1995 - £3900). We’re pretty sure that winning the prestigious rainbow jersey is worth the risk of the curse though! What’s more, the British Medical Journal even published a study that claimed the curse doesn’t exist. We can’t imagine that will stop people believing it, however.

Historically, Europe has always dominated the Road World Championships, both in the men’s and women’s discipline. Belgium leads the race for the most Men’s titles with 26 medals, followed by Italy (19 titles), and France (8 titles).

As for the Women’s Road Races, France have the most titles with 10, the Netherlands are in second with 9, followed by Belgium with 6 titles. Our very own Great Britain comes in just behind Belgium with 5 Elite Women’s titles – partly thanks to 2015 champion and Cycleplan ambassador Lizzie Deignan!

However, with only 2 Elite Men’s titles, Great Britain sits 8th, tied with Germany, so there's plenty of catching up to do!

One racer they’ll struggle to catch is Jeannie Longo of France - the most decorated athlete to have competed in the Road World Championships. With 5 titles to her name, as well as two silver medals and one bronze, it’s a formidable haul. She even won her first 3 titles in 3 consecutive years (1985, 1986, 1987), showing that ‘Curse of the Rainbow Jersey’ most certainly didn’t affect her.

As you would expect, road races are often dangerous, yet for decades professional road racers refused to wear helmets because of the effect they had on the rider’s aerodynamics. The UCI attempted to make helmet use compulsory for the Paris-Nice race in 1991, but swiftly ditched the proposal when the riders went on strike.

It was only a matter of time before tragedy struck, however, and when Andrei Kivilev died in the 2003 Paris-Nice race, the rules were finally revised. Riders must now wear a helmet at all times.

It’s not just helmet protection for cyclists that has evolved over the years. Insurance for cyclists and their bikes has also evolved, as Cycleplan’s fresh approach to specialist cycling insurance proves. Make sure you stay safe by getting your tailored instant quote online today!