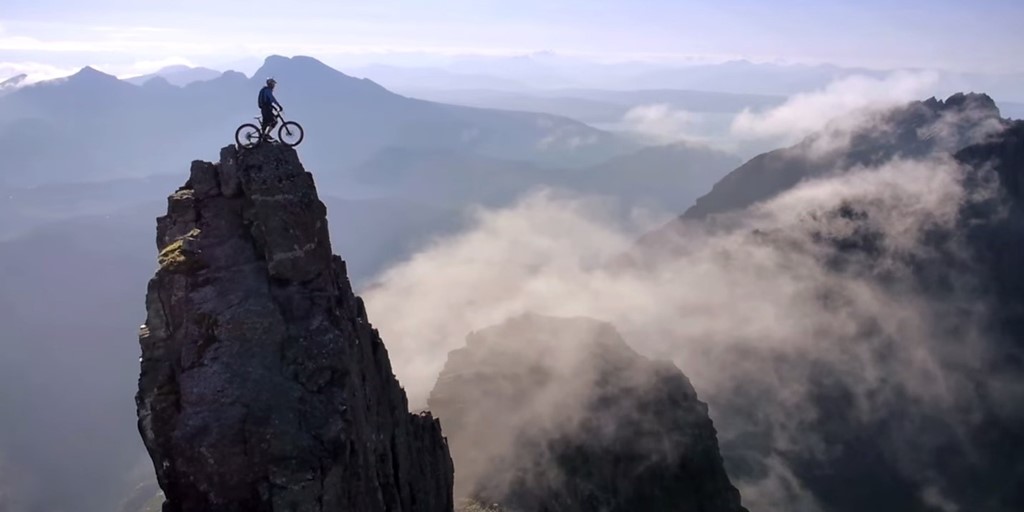 No one can deny that mountain biking is a daredevil sport. However, when you throw in four-inch wide tracks overlooking 2000ft drops with all sorts of uneven terrain, it starts to get to a whole new level of intense.

We’ve scoured the globe for the most extreme bike trails around – some of them make your stomach turn just at the thought. Will you be avoiding these or adding them to your bucket list?

This trail gives us a serious case of vertigo just looking at it. It’s not hard to see why pro mountain biker Michal Killbek described riding the trail as one of the scariest things he’s ever done – and we believe him, judging by this incredible video of him tackling it.

Just before the ride, Kollbek adjusted the air pressure in his tires to maximise their grip, stiffened the bike’s suspension, raised his saddle and walked the route. The sandstone track is etched into such a steep cliff that there is no room for even the slightest wobble.

2. The Ridge - Isle of Skye, Scotland

Made famous by Danny MacAskill’s mountain bike film The Ridge (below), the Cuillin Ridgeline is so dangerous that even the notorious trail rider was pushed out of his comfort zone.

With huge cliff drops and unforgiving terrain, it’s hardly surprising Danny is the only biker to have conquered this extreme trail!

The 43-mile single track road leads from La Paz to Coroico, with 2000ft cliff drops and no guard rail. Combine this with heavy rain in monsoon season and a risk of rockfalls in summer, and you’ve got one dangerous road.

Although it isn’t strictly a bike trail, it continues to feature on to the bucket list of many mountain bikers looking for a thrill. It boasts a massive 64km of downhill dirt track, with only a brief uphill interruption – which explains its global popularity!

Next on our list of extreme bike trails is a route which is just as treacherous to get up as it is to get down. The Via Ferrata - or ‘iron roads’ - is a series of difficult walking trails in the Italian Dolomites that aided troop movements through the area during the First World War.

The trail is so extreme that even hikers have to secure themselves to the hills to stop themselves falling from the dizzying height – so to ride down is on another level altogether. The video below shows Harald Philipp make the first descent of a fixed-rope climbing route on a mountain bike ever… rather him than us!

5. The Cliffs of Moher (Ireland)

Back in 2006, mountain bike legend Hans Rey had the insane idea of taking on the craggy Cliffs of Moher. Less of a trail and more of a ledge on a sheer cliff face, the cliffs stand a vertigo-inducing 700m above the Atlantic Ocean.

The trail narrows to just four inches with a whopping 600ft drop straight down into the North Atlantic. Strong winds have been known to sweep people off the rocky edges. It’s no wonder no one has followed in their footsteps since…

Have you braved any extreme bike trails that haven’t made it onto our list? Share them with us on Facebook and Twitter. If any of these trails have taken your fancy, the only advice we can give you is…good luck!