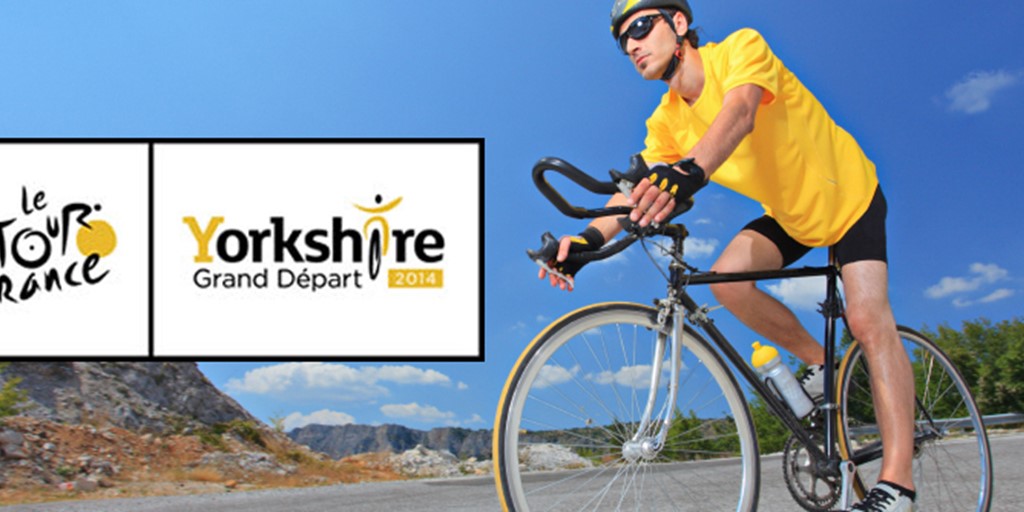 He tells us about the highlights of the route, the toughest parts and give his tips for fellow cycling enthusiasts in this insightful interview.

What training did you do?

I did 16 miles each day as my commute, which gave me a very good base to work from. After that I did a couple of longer rides as I wanted to get over some hills - there aren't any in Stockport. I did up to 70 miles in a day, and felt OK after that.

Then I had a bad cold which set me back for a couple of weeks, but on the day I felt fine so I obviously prepared well enough. I also ate a lot of food on the way round and I think that helped a lot.

Were there any unexpected parts of the course?

We followed the exact route of the stage including the départ fictif from Leeds to Harewood House, where the race proper begins. The road through Harewood House was barred by a gate, so we had to throw our bikes over that and climb it.

Then the next mile or so of road was being resurfaced, so there were great big ramps to contend with. We even had to dodge the crew working on the road who were annoyed that we'd ignored the "road closed" signs. I always think that means "Road closed to cars" though, there's usually a way through on a bike.

What was the hardest bit of your ride?

The two dual carriageways are pretty horrible - the A65 between Leeds and Skipton, and the final few miles from Ripon to Harrogate on the A61. They were no fun to ride at all, with cars flying past at top speed and the rain beating down.

Also on the way down from Kidstones, the first major climb, I had a severe case of speed wobble and really thought I was going to come off at about 30mph, which would have been very painful.

Thankfully I'd spoken to a friend of mine beforehand about this and he recommended staying calm and waiting for the wobble to correct itself. That's not easy to do but it's good advice.

What was the highlight of your ride?

I really enjoyed speeding through the rolling countryside from Leyburn to Ripon. After the last climb, of Grinton Moor, this is a lively picturesque and undemanding section with very little traffic and lots of pretty market towns. It probably helped that we had a following wind and it wasn't raining either.

Which point of the stage do you think you could’ve done with some support from spectators cheering you on?

I struggled on the first 30 miles more than anything, they were into the wind and on dull roads. The climb though Addingham was a bit dispiriting as I fell well behind the people I was riding with, but after having lunch I perked up quite a bit and managed to keep up on the other climbs.

Which climb was the toughest?

There's a very steep but thankfully short section about half way up Buttertubs which slowed me down to walking pace.

What advice would you give to anyone thinking of attempting the stage?

Make sure you do enough training, if possible pick a day with good weather, and unless you're dead set on doing the whole thing, think about missing the A65 and A61 out and maybe doing Skipton to Ripon. The thing with Leeds to Harrogate is that it's very convenient - you can get the train back to the start at Leeds easily or even ride back.

Is the scenery as beautiful as they say?

I think so. I've not spent any time in that part of the world before so it was all new to me. The top of Buttertubs and Grinton Moor are impressively bleak, whilst the road from Skipton up to Kettlewell goes through a beautiful valley.

What piece of equipment was most useful on your ride?

A plastic bag to keep my money and phone in because it rained so much.

Who’s your tip for stage 1?

It should be a sprinter - the climbs are probably not long or steep enough for anyone to establish a break which they can maintain until the finish.

Mark Cavendish must be focusing all his efforts on this stage I should think so I'll go for him. If he wins it, he'll get to wear the yellow jersey in Britain which would be pretty special.

I would have thought one of the big three of (Vincenzo) Nibali, (Chris) Froome or (Alberto) Contador will probably take it.

Where do you think will be the best spot for cycling enthusiasts to watch from?

I'll be in Harrogate, trying to see something of the sprint finish, but I expect I'll probably end up watching it on a big screen. The climbs would be good places, of course, and perhaps the festival of cycling at Harewood Hall, at least there should be a lot of people and a good atmosphere there. I suggest somewhere with a television screen so you can see where the tour is up to.