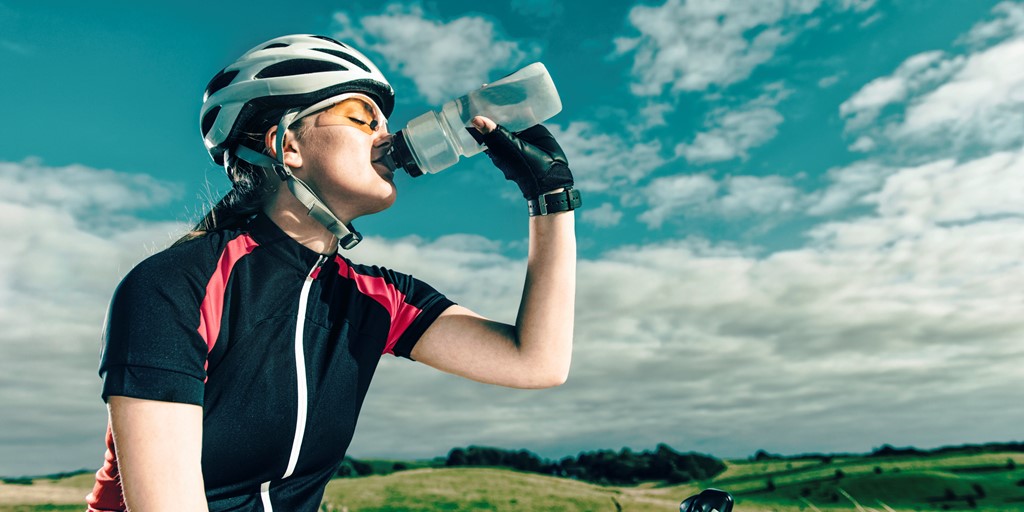 A significant drop in dehydration can have numerous negative effects on not only your cycling performance but your health too. Nail your hydration this season and don’t let it become an issue.

As spring arrives so do warmer climes. And while the body sweats even in cold conditions, the effects are much more prominent when the sun is shining. For cyclists, understanding the dangers of dehydration is very important. And you need to know how to minimise the risk.

When you sweat, you start to lose some of your body weight. Over the years it was thought that a drop in body weight of just one to two per cent could reduce performance by up to 20 per cent and severely impact your health. However, more recently, this has been largely disproven, but that’s not to say there aren’t dangers. It is now thought that performance and physiological changes won’t occur until three per cent of body weight is lost. It’s not a huge difference, but research is starting to uncover why changes are occurring.   When you ride your bike, the muscles produce a tremendous amount of heat, which causes body temperature to rise. But if it rises too high, the cardiovascular system – which is responsible for transporting nutrients, water and oxygen throughout the body – won’t be able to work as efficiently.   In order to stay cool and maintain core temperature, the body starts to sweat and increases blood flow to the skin where heat is able to escape. A failure to replace the fluids that are being lost will diminish sweat rates, and core temperature will rise even further, which could lead to cramps and severe heat exhaustion.   Follow these five cycling hydration tips and dehydration shouldn’t ever become a problem:

This is key. The International Olympic Committee believe this is the easiest and most effective way to minimise dehydration. It can be very difficult to recommend specific hydration plans. Factors such as fitness levels, body weight, environment condition, metabolic efficiency all play a role in how much you sweat. But what you can control is how much you drink before you ride. It is widely accepted to drink 500ml of water two to three hours before you exercise.

Although it may sound simplistic, the colour of your pee is a very good indicator of your hydration status. It should be a straw like colour. Anything paler and you may have taken on too much and if it’s anything darker, then you haven’t taken on enough.

Consume 120ml to 180ml ever 10-20 minutes. For anything under 90 minutes, cold water is more than adequate. However, for longer bouts of cycling, consume a sports drink with a carbohydrate content between 4-8 per cent (4-8/ 100ml). This will not only replace fluids, but carbohydrates too.   In extremely hot conditions, where you feel you are losing a lot of fluid, opt for a specific hydration drink that contains 300-500mg of sodium per 500ml of liquid. Sodium plays an important role in your body – most notably, transporting nutrients into cells so they can be used for energy production, tissue growth and repair. Sodium is lost through heavy sweating, so needs replacing.

Drinking excessive amounts of fluid can leave you feeling bloated and possibly dilute your sodium levels further, resulting in fatigue and sickness as your stomach struggles to deal with such a large quantity of fluid. This is known as hyponatreamia. Remember, more isn’t always better.

You can help improve your hydration through foods too. They will also break up the monotony of glugging bottle after bottle. For example, a cheese and ham baguette contains 240mg of sodium as well as carbohydrates and protein. Food will also soak up any excess fluids sloshing around in your stomach. Fruit such as watermelon and vegetables like lettuce and cucumbers are high water content foods, which will help replace lost fluids.