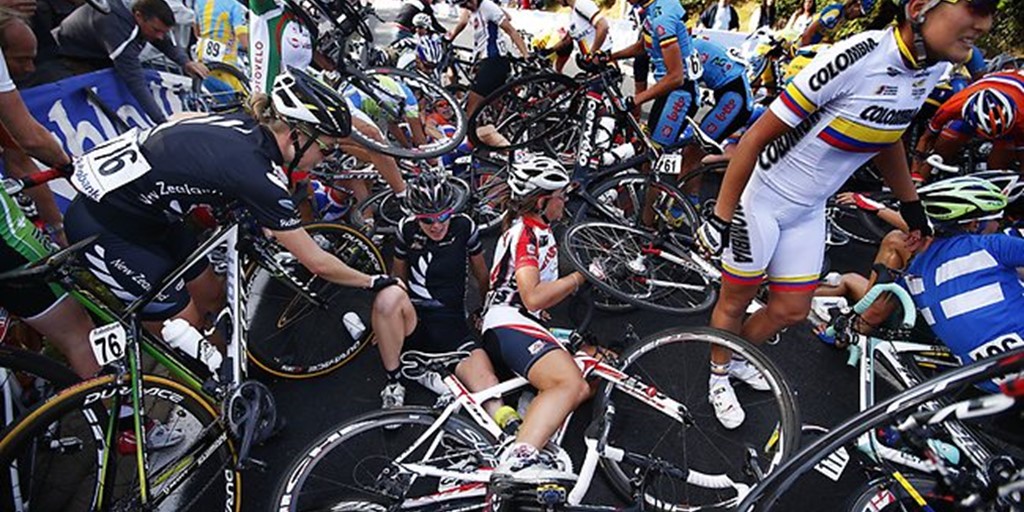 Cycling is a fantastic sport. It gets you outside, it gets you active and it gets you fit and healthy. You can ride on your own, with friends, take part in a sportive or even enter competitive events. Cycling is what you want to make of it. And what you put in, you get out.

But there is a dark to side cycling: crashes. Unfortunately bike accidents are an occupational hazard of cycling and there’s not really any way to avoid them – although it’s a good idea to try.

No cyclist should have to worry about being involved in a bike accident. Through our insurance cover, which will insure you if an accident results in death or a permanent disability, will allow you to ride your bike without the stress.

It wasn’t the best start to a debut season for the then 20-year-old Colombian. During the 2007 Tour of Germany, Uran was travelling at almost 75km an hour when he overshot a corner, crashing into a mountain wall. The result - two broken elbows and a fractured wrist.  Thankfully he recovered quickly, and claimed third place at the following year’s Tour of Lombardy.

He was Spain’s wheel sucking star climber, collecting three consecutive Tour de France podium places, pretty much by virtue of being the last man to be dropped by Lance Armstrong when the going got tough. However, that all changed when he busted his elbow, femur and wrist in an iconic crash on a melting tarmac descent in the 2004 Tour stage to Gap. He was never the same again, and retired aged 33 in the summer of 2006 after being wrongly linked to Operation Puerto.

In one of the most chilling crashes of the modern era, a policeman stepped out into a charging bunch sprint and chaos ensued. Jalabert’s bike was in pieces, his face looked like a bad Halloween mask and his confidence in bunch sprints was shot forever more. Nevertheless, “Jaja” reinvented himself as one of the peloton’s best all rounders, winning two King of the Mountain titles.

Words can’t describe what happened here, when an idiotic car driver suddenly shot to its right, colliding with the Dutch rider, sending him flying into a barbed wire fence. Fortunately, Hoogerland didn’t seriously injure himself, which was truly amazing, although he was left with terrible scarring.

During Stage One of the 2014 Tour de France between Leeds and Harrogate, Cav lost control of his front wheel and was sent crashing to the deck, 250m from the finish line. X-rays would later show ligament ruptures with an AC-joint dislocation. What’s particularly distressing in this clip is the way Cav is seen skimming across the tarmac like a pebble across a lake.