Here is a list of a handful of our favourite cycle routes in the UK today.

If it’s high peaks, impressive mountains and glassy dark lakes that you’re after, a circuit of Snowdon using the Llanberis Pass will provide you with plenty of visceral beauty and tranquillity of the Welsh countryside.

Here there is a beautiful 10 mile mountain bike route starting in Llanberis, Snowdonia, which climbs the Llanberis Path to the summit of Snowdon before returning down the same track. The majority of the riding is made up of steep, bouldery trails that will test your riding skills to the limit. 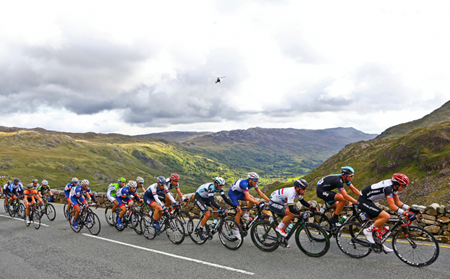 Tremadog Bay has some great sea views and the roads around the Cader Idris provide some of the best cycling routes in the whole of Snowdonia. The Cadair Idris lies at the southern end of the Snowdonia National Park near the town of Dolgellau. Located: Penygader, Snowdonia, Dolgellau, Gwynedd LL40

Essex Creeks – estuaries of the rivers: Colne, Blackwater, Crouch and Roach; perfect if you want olde-worlde villages and wide open views. Essex creeks is a great route for those who enjoy the gentler, more scenic relaxing bike rides. To get here follow - Flag Hill, St. Osyth, Colchester, Essex CO7 8RE

The National cycle route 45 The Mercian Way, provides an excellent cycle ride for families. There’s a visitors centre and children’s play area and the ride itself crosses the River Severn. The park is situated at Alverley, along the River Severn between Bridgnorth and Bewdley.

Cycling is allowed on the main pathway through the park, which forms part of National Cycle Route 45 The Mercian Way, which runs to Hampton Load off road and continues after the Hampton Loads to Bridgenorth along the roads.

Here there are a range of hills that run from Brighton to Winchester. The eastern tip where the hills meet the sea with a great white bow of rock at Beachy Head is a beautiful location. Beachy Head is the highest chalk cliff on the South coast – remarkable for its wide open land and sea views.

Apparently you can even see France from there, although I haven’t tried that one myself so I couldn’t vouch for that! To get here follow South Downs National Park, West Sussex, United Kingdom 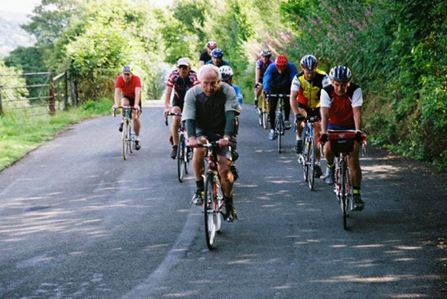 The Cheshire Cat sportive’s 100-mile route uses some roads in the southern half of this area. The western border A41 between Chester and Whitchurch and above Nantwich is pretty much all leafy countryside interspersed with small Cheshire villages.

Known as the ‘East Neuk’ route, a 37mile circular trail around the eastern peninsular of Fife taking in quaint fishing villages and harbours. Fife is perfect for a family day out. Routes include the 105 mile Kingdom Route which links the Forth and Tay road bridges, off-road fun at Blairadam Wood and spotting amazing wildlife from the Fife Coastal Path. To get here follow St Andrews, Fife KY16

Reachable by road / rail from Edinburgh, an easy 33 mile ride that includes castles, a water mill and the Museum of Flight. The route is mainly flat and not too hilly, which makes it a great option for starters.

East Lothian is compact too which makes it easier to visit many of the places of interest in one day. A full detailed cycle map of the whole of East Lothian can be viewed at http://www.spokes.org.uk/spokes-maps/

Central Pennines are widely considered to be wild, beautiful and the most scenic in the UK. In the central part of the trail there are many miles of traffic free cycling to be enjoyed. There are paths that run along old rail lines, foothills, valleys and canal towpaths. 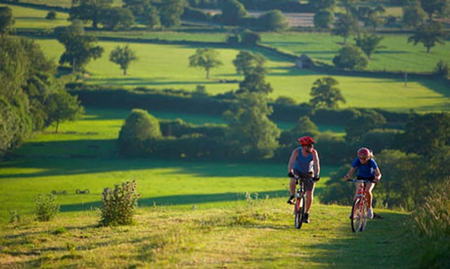 The Jurassic Coast from Exmouth to East Devon to Swanage in East Dorset then 10 – 15 miles inland provides scenic views, history and the seaside. It’s almost all hilly, worth exploring if you want to give those glutes a workout!

Wonderful coastal views, scenery and historic landmarks can be found at Purbeck ride, Dorset. A 47-mile route for the up-and-coming rider. The long distance, on road cycle makes it a great trip for the dedicated cyclist. The starting point of the ride is Wareham Quay, BH20 4LP

From quiet villages to ocean and mainland panoramas the relatively flattish, around-the-island route is 62 miles of scenic joy, accentuated by the island’s peaceful charm.

There are a range of cycling routes to suit everyone, including a choice of challenging off road paths and calming byways. The Isle of Wight even hosts an annual Cycling Festival which is usually held in September / October.