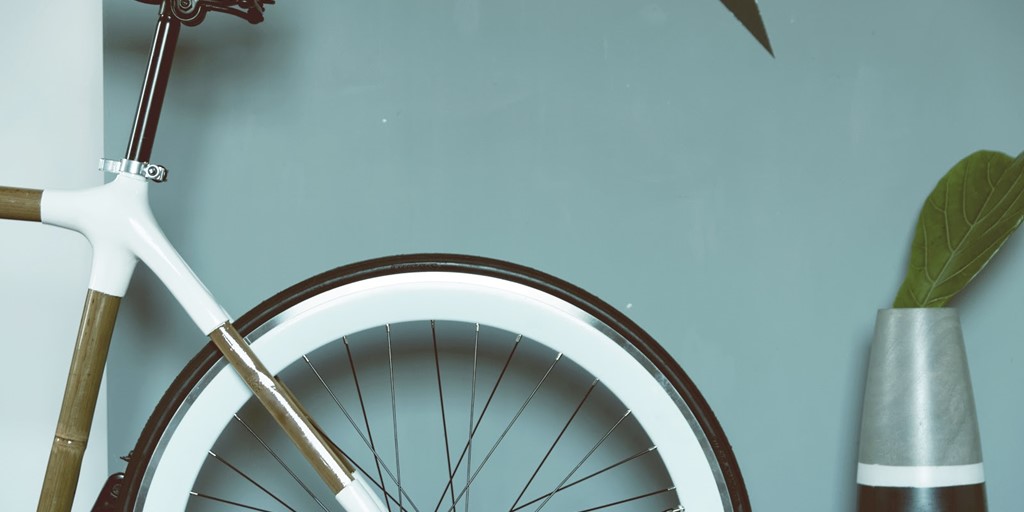 Bike theft is becoming an increasingly major concern in the UK. So much so, that UK Police are set to roll out a national programme dedicated to reducing cycle crime later this year. In the words of Sam Jones, Cycling UK’s Senior Campaigns and Communications Officer: “Cycle theft isn’t a victimless crime. but sometimes it feels like nothing is being done about it. Even if the police can’t do anything about it, at least they know the scale of the problem.”

In fact, half of all bike owners will experience bike theft, with the majority being stolen from their home. Whilst this is a risk most cyclists are well aware of (or have sadly experienced), research has shown that 24% of people who have their bike stolen stop cycling.

How likely are you to have your bike stolen?

Where you live plays a huge part in the likelihood of falling victim to theft, with the UK’s major cities being hotspots for theft. And if you live in the capital, East London is a hotspot of bike crime. 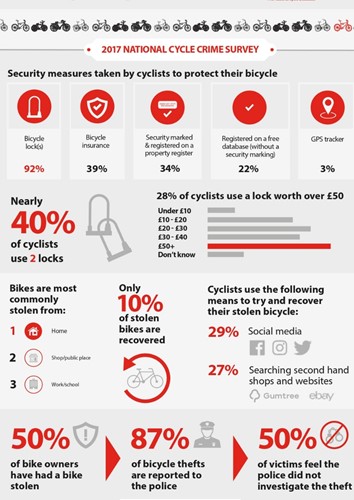 Secondly, the brand you choose can make your bike more appealing to thieves, with Specialised, Trek and Carrera at the top of the list. The colour of your bike can also increase the likelihood of theft, with black bikes being the most popular target and green the least.

Despite nearly 30% of cyclists scouring sites like Gumtree and eBay, as well as sharing across social media, only 10% of stolen bikes are recovered. This is despite the fact that 87% of bike owners report the theft to the police.

So, how can you protect your bike?

Bike locks have come a long way in the past few years. Moving away from the motorbike-style shackles design, there are many bike locks that are lightweight, portable and, most importantly, powerful.

At this point, we should clarify that we only cover bikes which are locked using either a Sold Secure rated or Thatcham approved lock. For more information on this, check out our video on how and where to lock your bike.

While 92% of cyclists use a bike lock, only 39% have insured their bike, which is why getting specialist cycling insurance is essential.

Passionate cyclists know that a bike can be one of their most expensive purchases and it’s worth taking the time to protect it. Insurance can protect your bike from both theft and vandalism, and ensure that you’re back on the road as quickly as possible. 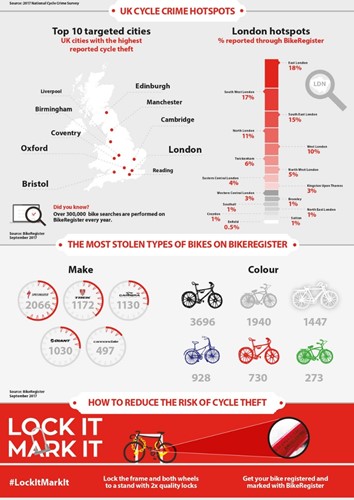 Marking your bike with a unique code ensures police will be able to trace it back to you if it is stolen and recovered.

Bikeregister.com is the UK’s leading online bicycle registration initiative, which is aimed at reducing bicycle theft and is used by every police force.

To reduce the chances of becoming a victim of cycle theft, you can purchase one of their Security Marking Kits. Adding a security mark to your bike can also be a huge deterrent for thieves.

You can also see how cycle crime trends have changed since 2016, or find our tips and tricks for preventing your bike from being stolen.